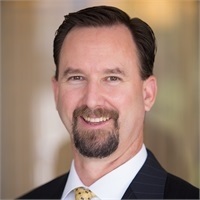 Firm founder David Lacroix opened Lacroix Wealth Management with the mission of providing trustworthy financial guidance for those who may not be currently receiving the attention or service they truly deserve.   He believes that with independence comes the opportunity to focus time and resources on the client’s needs and to appropriately place the client’s goals at the center of the investing and financial planning process.   At Lacroix Wealth Management, clients are respected and treated like family.

David is a designated Chartered Retirement Planning Counselor®, CRPC®, and holds Series 7 and Series 66 registrations. He is also Registered Representative, an Investment Adviser Representative, as well as being licensed for Life & Health Insurance in several states (CA, NV, AZ, OR, HI, MN, and SC).

David has worked in the insurance and financial services industries since the 1990’s. Prior to opening Lacroix Wealth Management, David spent eleven years working as a financial advisor at two of the largest wealth management firms in the industry.

Born and raised in Torrance, CA, David is very happy to be based in the South Bay Area serving his clients needs. David attended West Torrance High School, where he was a quarterback on the football team and a pitcher/shortstop on the baseball team for the Warriors. After high school, he played shortstop on the baseball team at LA Harbor College, where he was drafted by the MLB’s Houston Astros after his freshman season. David later received an athletic scholarship to attend the University of Wyoming where he played baseball for the Cowboys. David graduated from the University of Wyoming with a bachelor’s degree in Agricultural Economics.

David has been married to his wife, Megan, since 1994 and they have two daughters, Jocelyn and Jackie. When he is not working or spending time with his family, David can usually be found at one of the local ice rinks, playing hockey.