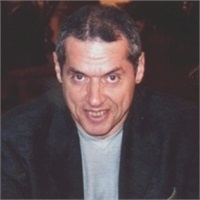 Dr. Eugene Oks is one of the original founding partners of Simpson and Oks Wealth Management, having expanded the size and scope of the business Simpson and Oks Wealth Management re-branded to 20/20 Wealth Management Group, LLC in January of 2015.   He began his career as a research physicist over 40 years ago.  In addition to earning a Ph.D. in Physics, he was awarded the degree of “Doctor of Sciences” awarded to only the top 2% of Ph.D. physicists.  In addition to specializing in theoretical Atomic Physics, Dr. Oks has worked to pioneer the field of Economic Physics.  He develops advanced approaches to modeling stock markets based on physical models. He has authored over 300 publications, including 3 books.  In addition to his role as a private money manager for his clients, he works as a professor in the Physics Department of Auburn University.

Dr. Oks currently holds the Series 7 and 63 securities registrations.  His clients span the U.S. from the East to West Coast.  For each client he develops an individually tailored investment strategy.  Typically the implementation of the strategy requires only very few transactions per year.