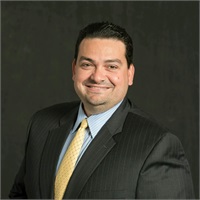 John graduated from University of Delaware in 2001 and began his career in financial services that year. He specialized in group retirement plans working with hospitals and school districts across half the country. He then joined his office's Management team and began recruiting and developing new advisors. Shortly down the road John became a Managing Principal and ran offices in various locations including, Raleigh, NC, Minneapolis, MN, and Birmingham, AL. Later John decided to focus primarily on aiding clients. He now works one on one with Individuals and Businesses to help them achieve their financial goals.

John holds series 6,63,66, 7, and 24 Securities Licenses as well as Life and Health Insurance Licenses. While over his 20 years in the industry he has worked on nearly every type of financial planning and risk management he now specializes in Asset Management, Estate Planning, and Wealth Creation/Distribution. He believes in building relationships with his clients to better serve their individual needs.

John lives in St. Petersburg, FL where is office is also located. He has served for years with the charity Camp Erin, a bereavement camp for children who have lost a loved one. He also supports local businesses and fellow retired military.